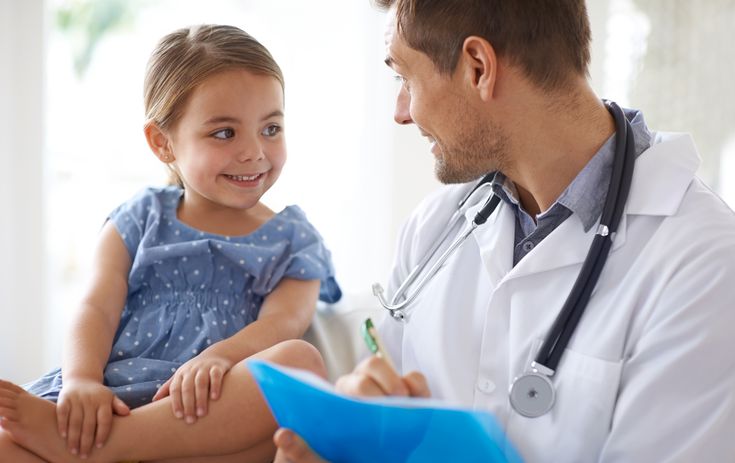 According to the American Academy of Pediatrics (AAP), “Prevention is one of the hallmarks of pediatric practice and includes such diverse activities as newborn screenings, immunizations, and promotion of car safety seats and bicycle helmets.”

The main problem with all of these types of pediatric recommendations is that they only work if they are done routinely, which unfortunately isn’t only the case as pediatricians sometimes aren’t aware of new policies, don’t agree with some policies, or simply like doing things their way better.

The AAP recommends that kids get checkups when they are:

It is recommended that school-age children and teens get a yearly well-child checkup too.

Being aware of these pediatric best practices can help make sure your child is cared for following the latest recommendations from the American Academy of Pediatrics.

Other pediatric recommendations that have been endorsed or issued by the American Academy of Pediatrics include policy statements about:

Alternative Immunization Schedules – the AAP strongly endorses universal immunization and supports immunization requirements for school entry. The AAP does not endorse or recommend any alternative immunization schedules.Cough and Cold Medicines – children younger than six years of age shouldn’t be given over-the-counter cough and cold medicines.First Visit to the Dentist – can be as early as six to 12 months of age, especially for children at high risk for cavities, including those with special health care needs, mothers with a lot of cavities, or if they already have staining, cavities, or plaque buildup. Children who sleep with a bottle or breastfeed at night, have older siblings, or in families with low socioeconomic status, should also see a dentist at an early age. The AAP now states that all children should see a dentist by their first birthday.First Visit to the Gynecologist – unless there is another indication for a speculum or bimanual examination, teen girls may be able to wait for the first visit to the gynecologist until they are twenty-one years old, the time when the first Pap test is now recommended. Even if a pelvic examination is needed at an earlier age, such as for persistent vaginal discharge, abnormal vaginal bleeding, or UTI symptoms in a sexually active girl, etc., a gynecologic exam is something that your teen’s pediatrician might do. The American College of Obstetricians and Gynecologists does recommend that “girls should have their first gynecologic visit between the ages of 13 years and 15 years.Fluoride – infants need supplementary fluoride, usually from fluoridated tap water, beginning when they are six months old.Fruit Juice – children between the ages of one and six years should be limited to no more than four to six ounces of 100% fruit juice each day, while older children should have no more than 8 to 12 oz or 2 servings per day. Infants under age six months should not have any juice and kids of all ages should be encouraged to eat whole fruit instead of drinking juice.Milk – kids should switch to low-fat milk when they are two years old, although they can make the change to low-fat milk as early as twelve months (if not continuing to breastfeed) if obesity is already a concern or if there is a family history of obesity, dyslipidemia, or cardiovascular disease.Pacifiers – since they may reduce a baby’s risk of SIDS, a baby may be given a pacifier when he is going to sleep, although you should delay giving a pacifier to your baby until he is one month old and breastfeeding well. Also, you should not force your baby to take a pacifier, and you should not reinsert the pacifier in your baby’s mouth once he falls asleep.SIDS – infants should be placed to sleep on their back to help reduce their reduce their risk of SIDS.Physical Activity – kids should be physically active for at least 60 minutes each day, including age-appropriate active free play (less than six years), organized sports (six to nine years), and more complex sports and weight training (tweens and teens) as they get older.Vitamin D – parents should not rely on sunlight exposure for their kids’ vitamin D needs. Kids who aren’t getting enough vitamin D from a vitamin D-fortified food, including exclusively breastfeeding newborns and infants, should get a vitamin D supplement.Wait-and-See – the AAP discourages pediatricians from taking a wait-and-see approach when evaluating kids’ developmental problems, especially when parents are concerned about autism.

Holiday Stress and Anxiety in Children